What Resident Evil 2 teaches us about Covid 19.

Forever late to the party I just managed to finish Resident Evil 2 as I became unexpectedly  engrossed when I decided to fire it up in the midst of my Covid 19 self isolation.

It dawned on me playing through the game that zombies in games rather than representing anthing like real horror are far more of a power fantasy, a power fantasy intended to give humans a sense of control over the rising real terror of infectious disease amongst other world ending crisis.

It’s incredibly hard to stop a real virus infecting you, especially if it goes airborne. Self isolating , washing your hands and sobbing lots can help but beyond that you’re on your own. You can’t even tell with Covid 19 if you have it unless you get tested and you’re encouraged not to go and get tested because our health systems are overwhelmed.

A zombie on the other hand spreads when it bites you, just don’t let it bite you and you’re fine. Get bitten and you’re not fine but maybe you can find a cure or pop a bullet in your head all heroic like. 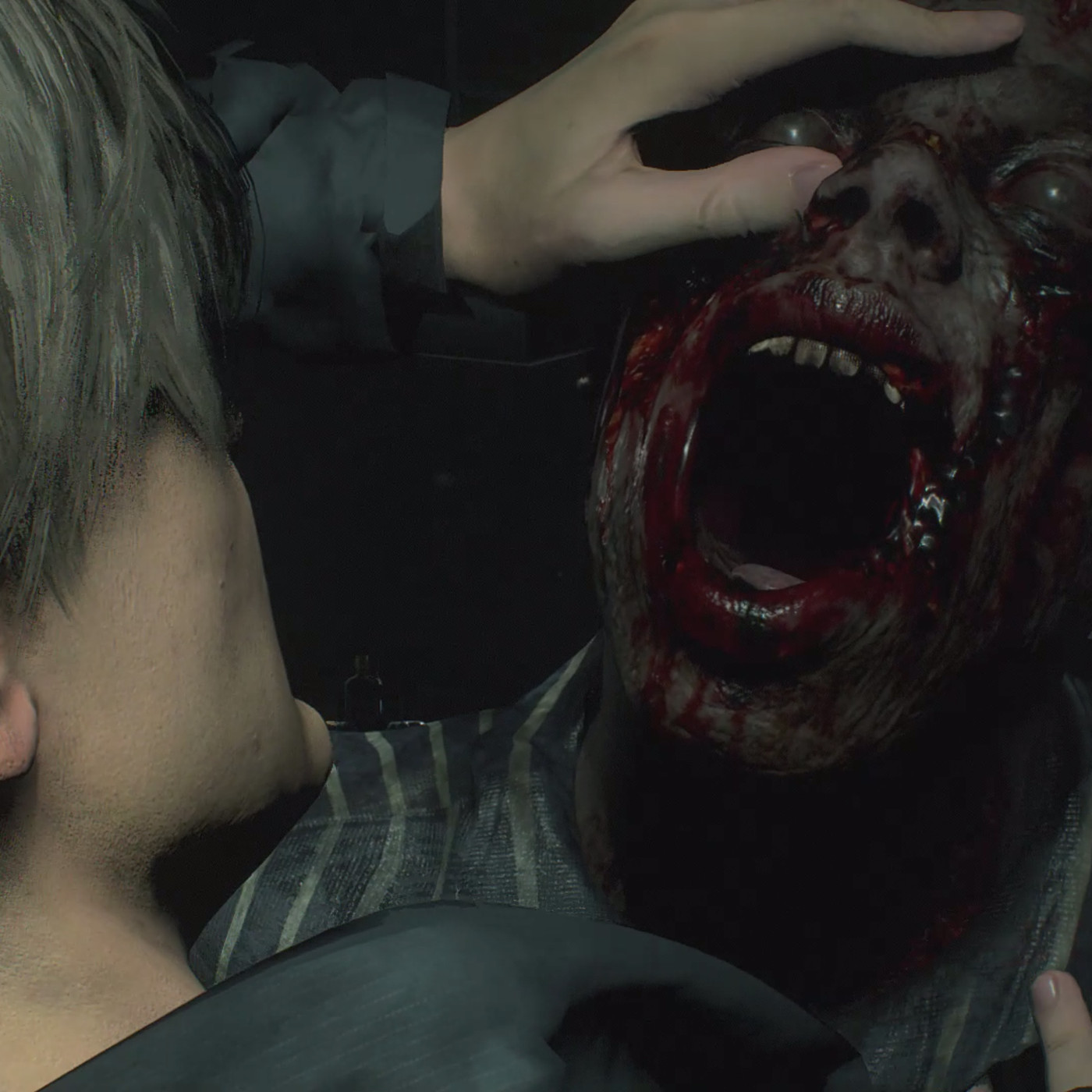 There’s not really an exciting viral pandemic escape plan. I guess a bunker somewhere with lots of food and water might seem cool but that just ends in everyone eating bean curds and shitting in a hole. It doesn’t have the same feeling of shooting flaming grenade rounds at lickers as they launch themselves at you from the ceiling the annoying little fucks.

A zombie is a particularly modern day male power fantasy. Every guy has a zombie escape plan right? It’s all guns, meal replacement packs and machetes. There’s a longing for a return to a hunter gatherer existence that the zombie fantasy brings to people, in particular a generation of young men who in our current economic climate have no real prospect for the future with low wages, poor hours, poor security and low prospects all round.  Within the zombie fantasy you can have strength, power and a real sense of meaning and purpose even if that purpose is simply survival.

Resident Evil blames the ills of the virus on the evil Umbrella corporation. Again this is far more comforting than reality. Umbrella are a wonderful embodiment of the ‘evil’ corporation. The comfort is as long as we can bring down the one bad corporation and just support the ‘good’ corporations we can stop the evils in the world. 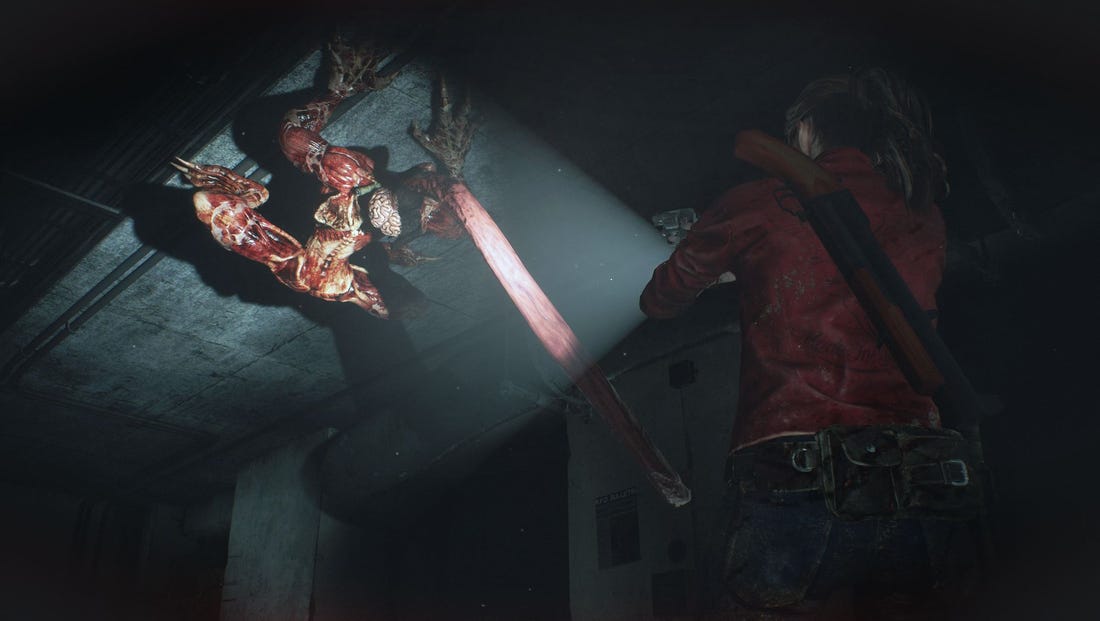 The reality is bleaker. All corporations are mundanely evil as they exploit their workers for labour and put profit ahead of any other concern, whether for the welfare of animals in the meat industry, the slave like conditions of workers in iPhone factories, or the chugging of fossil fuels into the enviroment. This isn’t by choice it’s by design of the neo-liberal capitalist system. 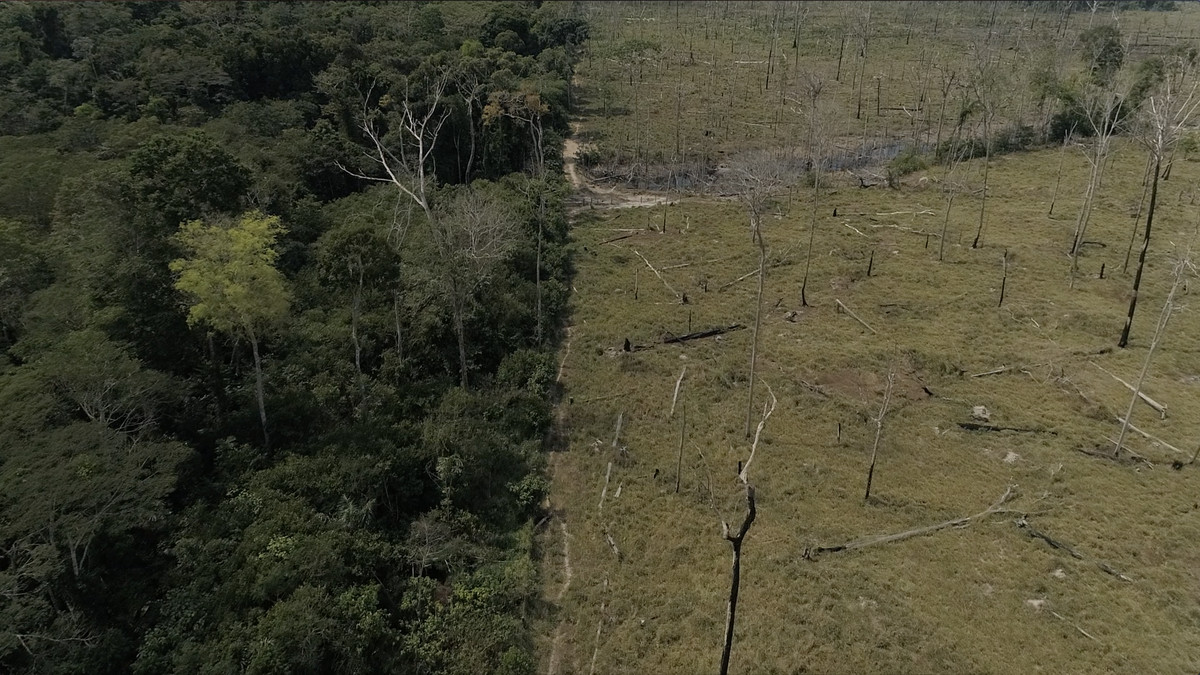 Despite what conspiracy theorists will tell you Covid 19 wasn’t created by an evil cabal in a lab, instead it was simply a new strain of virus we came into contact with due to capital pushing further into unexplored areas like the rainforest exposing us to more and more and our growing need to factory farm animals, keeping them in close proxmity to one another which further exacerbates the spread of disease. This isn’t the first and wont be the last.

If you don’t believe me listen to an expert on Covid 19 being our future.

We can’t stop this sort of thing with a bullet in the head or by making the bad corporation explode. We can only stop it by collectively rejecting our current neo-liberal capitalist mode of production and turning towards socialism and other forms of living in communities that don’t actively burn down the planet we need to survive.

Zombies feel good, they feel safe, a zombie outbreak would be wonderful. Covid 19 on the otherhand is fucking terrifying.